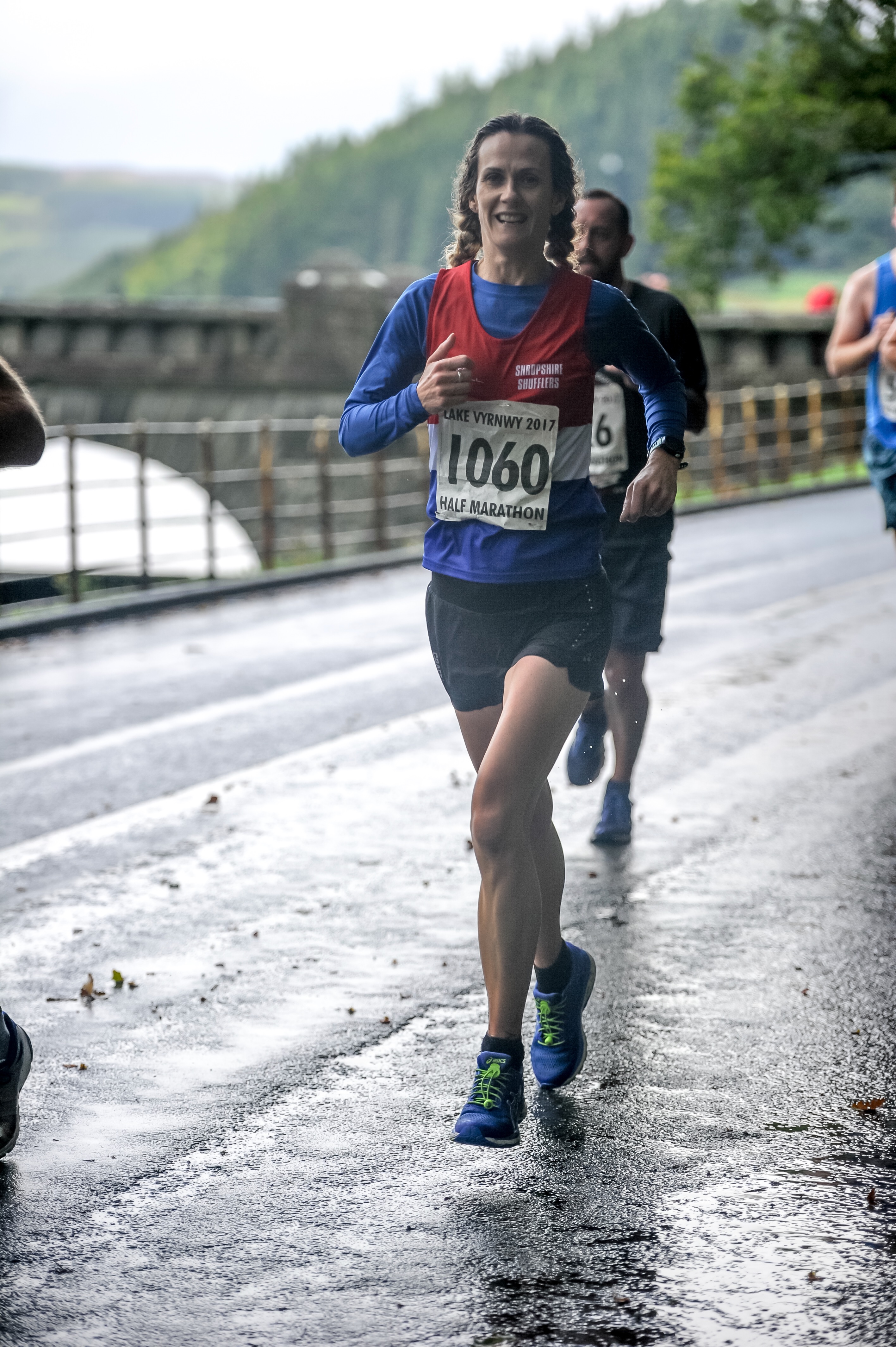 Lake Vyrnwy in Powys, North Wales is a beautiful setting for a half marathon.  This year the event saw about 1300 runners turn up and run this very traditional, community based event.

For me, this was a training run in preparation for another half marathon in October.  For my friend with whom I travelled, this was her “A’ race; an accumulation of months of work, dedication and resolve.  And it was pouring down. And potentially windy.

We arrived at the car park just under an hour before the start.  The start time incidentally, is at 1pm rather than the usual 9am and from a purely personal needs point of view it worked!

The car park was a field and since it had been raining very heavy it was muddy and as the car slipped and slid down a bank on entry, we were worried how we would get out.  Fortunately, there was another exit and so was not a worry at all in the end.

The Race HQ is a community hall and was filled with runners sheltering from the rain.  It was also a bit of a rabbit warren with little rooms and corridors all over the place.  There were changing rooms for both male and female runners and this was where we left our bags but there was no security; be aware that you leave your property at your own risk.

The start line was out on the country road and the organisers did their very best to start on time but organising 1300 runners into pens (really just signs indicating the approximate finish times) is never easy.  All instructions were given in both welsh and english which would have delighted the welsh contingent of my family.  It was sadly wasted on me.

The route itself followed the country lanes around the lake.  It sounds idyllic but on that day it was utterly miserable.  The rain lashed down and there was a fog lingering over the parts of the lake that were visible through the thick trees.  Not an unpleasant route at all but not a great deal to distract the mind.

The road was closed but only one way.  Consequently, at times there did seem to be a steady flow of cars heading towards the runners.  This didn’t particularly bother me and reminded me of nights with my running club when runners shout ‘CAR!” to alert the rest of the group.

The rain although became intermittent was, in some places torrential but fortunately we were sheltered from any wind for the best part of the race.

I ran for some time with another chap.  I’ve no idea who he was but we were totally in sync and running at the same pace.  He eventually pulled away and I was happy to let him.  I caught up with him at about mile 8 and we ran together for a while again.  It was only when we both reached for a gel at the same time that we slowed enough to chat and he informed me that the last mile was downhill.  This was at the 10 mile point and although I felt strong still, this news was a real boost.  Eventually my running companion declared he was slowing down and so I was off on my own again.   But not for long as I spotted a friend just in front of me.  I caught him up and we had a brief chat.  I knew he had raced this half before so before I left him I asked him to confirm that the last mile was indeed downhill.  He replied yes but be careful; there is a bump at the end.

Finally, I passed the Mile 12 sign and eagerly awaited the downhill.  By now I was very very wet and fairly fed up from being so.  Eventually I could feel and see the road sloping down and as hard on the legs as it was I tried to take advantage of the descent all the time remembering the little snippet of advice my friend had shared.  And then I saw this ‘bump’.  Not a bump.  A hill; well, a steep bank at the least.   How desperately unfair!  I got up it and felt like my legs were being taken from under me.  I wanted to walk but I could hear the race commentator welcoming runners back in.  I could see runners ahead finding the legs for a sprint finish so I perked up and whilst I don’t think my finish was particularly impressive I made it over the line with a PB of 1.43 so I was delighted.

After walking through a nice long funnel, receiving a bottle of water, a medal and a t shirt (non-technical) it was done.  It was at this point the changing rooms really came into their own as it was definitely necessary to change out of soaking wet kit.  Tea and cake was available so change was useful.

All in all a good experience, a pleasant but slightly boring route.  Lots of friendly runners made for a nice atmosphere. And in case you are wondering, my friend had a fantastic run beating her goal time by 4 minutes with a time of 1.36!  I overheard some ladies chatting in the training rooms and one of them said that she had heard there was more oxygen in the air when it rained.  I’m not convinced this is true, however despite the rain, it was clearly a day for PBs! 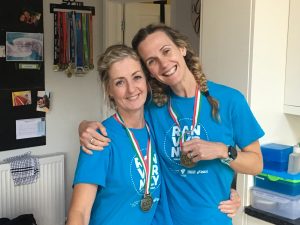 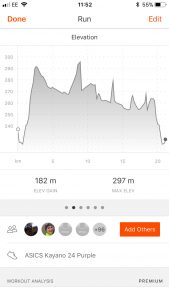